In this blog, we are going to be answering some of your most pressing questions about the fast-growing trend known as DevOps!

Many people have varying opinions on what DevOps is defined as, and the answer you receive will depend on who you are asking. However, at a high level DevOps is simply the act of syncing the development and operation processes into a more collaborative process. It’s better to not think of DevOps as a single task or a tool, but as a culture that involves the use of a specific set of tools to ensure a fast change in a particular system while tracking and maintaining quality. These processes came into existence to bridge the divide between Dev and Ops and to smoothen the software delivery workflow.

While not every project will require heavy work on the development side, it is absolutely important for every engineer to have a healthy balance of both development skills and operational knowledge. It is better to have the knowledge, and practical abilities on different types of programming languages, and it is an added advantage if someone has an understanding of scripting knowledge. Almost all of the developers have a basic understanding of Linux since it is a widely used operating system for programmers.

What are the skills required to become a great DevOps engineer?

This is an open-ended question with no right answer. The answer really depends on a person’s true passion and learning consistency. Since there is no proper course in schools and colleges related to the tools and processes surrounding DevOps, it can be hard to supplement that lack of knowledge.. On the other hand, there are plenty of external course providers that are training potential DevOps aspirants and equipping them with the skills to be successful.. Take KodeKloud for example, we have helped equip thousands of people with the tools and skills they need to become successful in the DevOps industry and helped many receive a range of certifications.

How long does it take to learn DevOps?

There is no universal benchmark set in stone for becoming a proficient DevOps practitioner.. The ability to get up to speed solely depends on an individual’s ability to learn new cocepts with passion and consistency. For some, it may take a decent amount of time and for others, it may come naturally.. Here at KodeKloud, we have a complete DevOps learning path set for learners interested in taking a deep dive into an education in DevOps.

Who can learn DevOps?

What are the stages in DevOps? 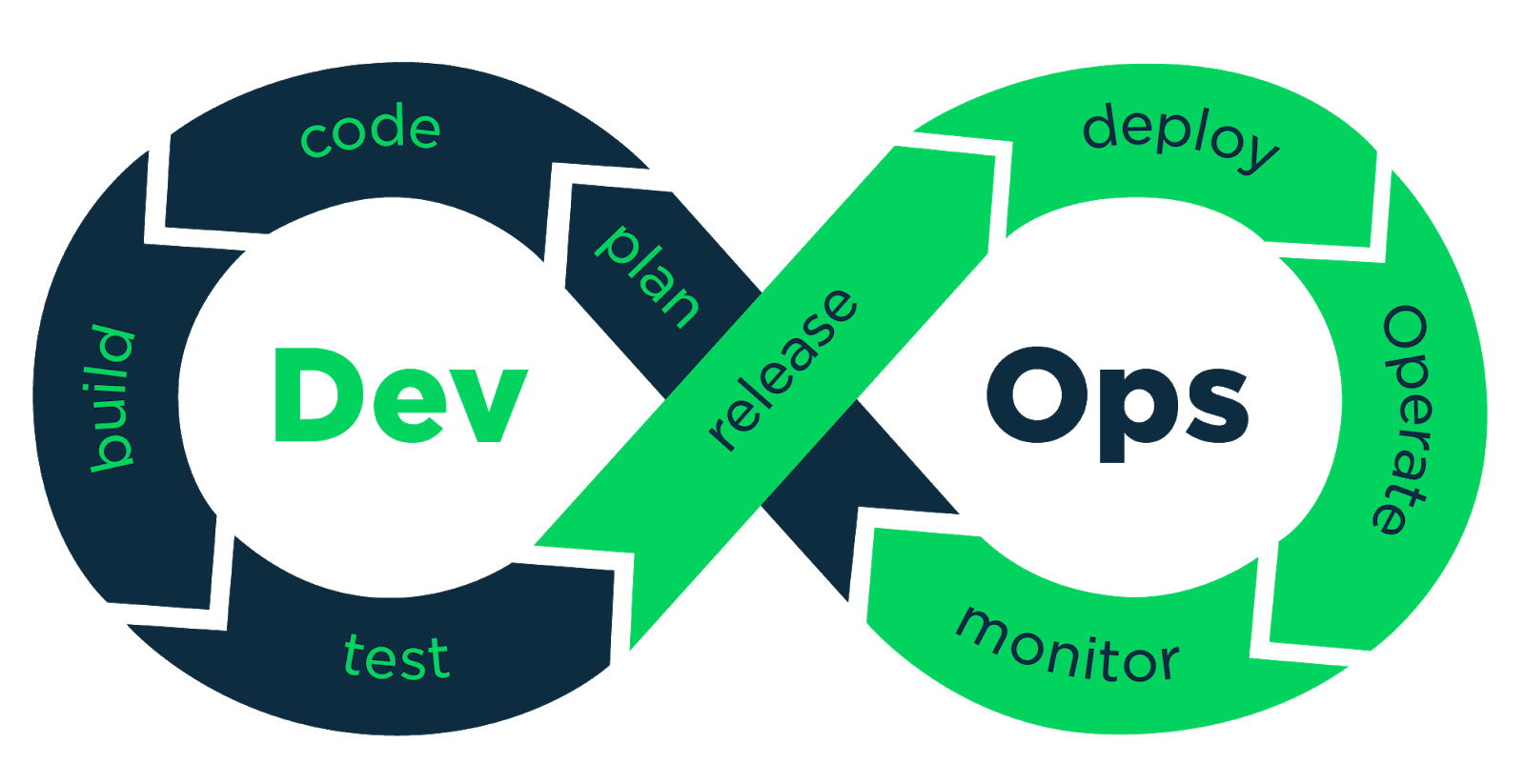 What is Continuous Integration?

Continuous integration is a software development method in which the developers’ code gets integrated several times a day. Whenever a developer pushes changes to a repo, the changes are verified by an automated pipeline and checked for any errors or bugs based on a given test suite.

What is Continuous Delivery?

Continuous delivery comes after continuous integrationI and is the ability to introduce changes in the environment with every commit., thereby making the code ready for production so that it can be deployed to production on demand and as a routine activity. Code changes can be anything from new features, bug fixes, updates, configuration changes, etc. One important thing to note is that before any changes are made, safety checks are run by the CI pipeline so that bugs get detected before any issues arise.

What is Continuous Deployment?

Continuous Deployment is one step ahead from Continuous Delivery. This is where once the code is delivered and safety checks are passed, those changes are deployed into production automatically without approval from a developer.

What are the most common DevOps tools used?

What are the most popular DevOps tools that a beginner should know?

Docker is a tool for packaging and running containerized applications.

Kubernetes is a powerful open-source platform for container orchestration that automates the deployment and management of containerized applications.

What is a pipeline in DevOps?

A pipeline consists of code (Usually YAML) written by engineering teams to define steps that tools such as Jenkins should take during the CI/CD process.. The pipeline often goes through a process such as:

Where can I start my DevOps learning?

You can start your DevOps career from KodeKloud where you will find best in class DevOps and cloud experts. With the practical sessions and labs provided, you will get hands-on clarity on the concepts and much more.

How can I get DevOps experience prior to the actual job?

Here are KodeKloud, we have kept exactly this in mind. We’ve prepared a concept called ‘KodeKloud Engineer’, where people can work on real-time challenges and solve them. You will be assigned a set of challenges on a time to time basis and you need to solve them just like how people solve problems in the companies. This way, you will gain knowledge of real-life scenarios and become prepared for the real job. Come join for free today – KodeKloud Engineer

What is the average DevOps Engineer salary?

As per EnterpriseProject publication’s 2018’s report on DevOps title salaries,

$133,378: The average salary in the U.S. for people with a DevOps Engineer title, according to the jobs site Glassdoor.

$122,969: The average salary in the U.S. for people with a DevOps Engineer title, according to the jobs site Indeed.

According to PayScale, the average salary for a DevOps engineer in India is approx. 7 lakhs per annum.

According to 6figr, employees as Senior DevOps Engineer earn an average of ₹19.9lakhs, mostly ranging from ₹12.0lakhs per year to ₹35.7lakhs per year based on 31 profiles. The top 10% of employees earn more than ₹30.5lakhs per year.

Start your DevOps career from the best in class experts at KodeKloud today!