In India, a DevOps engineer gets more salary than a data engineer, data scientist, and many other people working in the IT sector. There is an excellent opportunity for Indian tech experts in this particular field that has been around for only a few years. We have seen Indians making massive success in the digital industry as it is providing much-skilled personnel in different types of outsourcing platforms. Technology has become the country’s one of the best sectors of income, and many new and young people are learning several different skills for standing out in the market as a great service provider.

If you are considering having a good career in the technological field, you can consider DevOps. Before that, you should have a good understanding of what it is and the condition of DevOps in India. Have a look at this article for having a good knowledge of the job.

DevOps can be divided into two parts, Development and Operation. By development, we are referring to software development and operation is the management of data. It is the process of creating high-quality software by the automation process so that we can get more service faster. It is not a single task but a set of functions that ensure a fast change in a particular system while maintaining quality.

DevOps can be a hard concept to understand since there are many things associated with it. There is coding, building, testing, packaging, releasing, configuring, and monitoring involved in the field and one needs to master them all to become a skilled DevOps engineer. 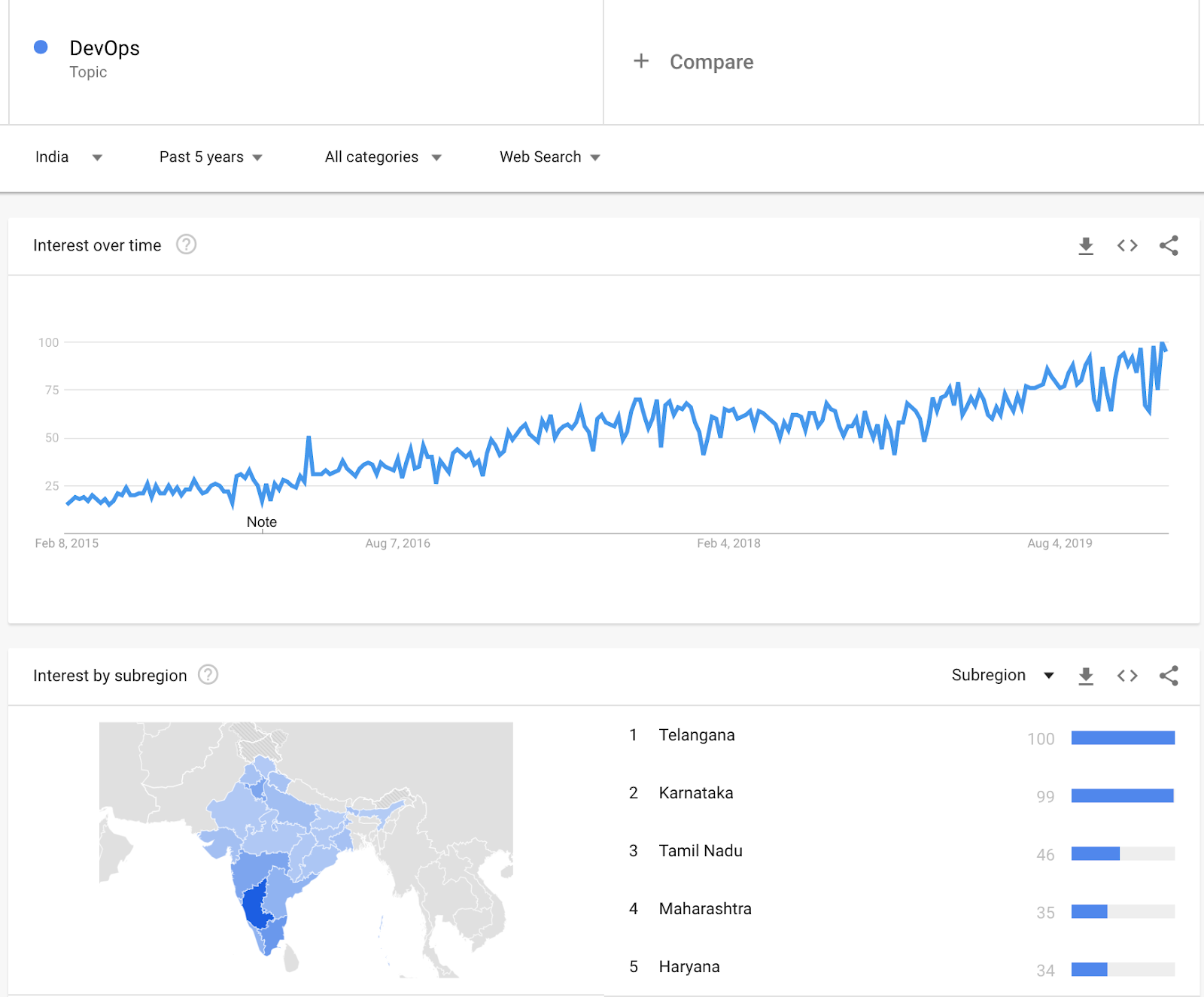 Is DevOps a good career?

Since it is known as the hardest amongst the many tech jobs, DevOps engineers are on high demand. It is not a very old profession, meaning it has been around for only a few years. People start as a multilingual programmer or a similar position. One needs to handle not only the development process but also testing and sometimes even the system administration. The job is not for everyone because it requires more brainpower than a simple task. It is hard, but the payment is significant. In the end, it comes down to your interest and ability. The people who were successful in working hard and being passionate about this career are in an excellent position now since good DevOps engineers are scarce.

There are many different skills involved when we are talking about the task of a DevOps engineer, and the knowledge of almost all the fields may be necessary at some point in their career. A DevOps engineer needs to be able to do the following things instead of just plain programming:

As you can see, only coding is not enough to be a DevOps engineer and it is a reason why the job has such high demand. But the competition is increasing in India as more and more companies are emerging that are providing DevOps service. It is a perfect time to stay ahead of the game if you can learn the skill fast. It is estimated that within a few years, the field will have a lot of people working from India.

Profession DevOps engineers say that DevOps is not easy to learn. According to them, it can be tough because one needs to have several different kinds of skills to become ready for a position. They also stated a few reasons for that. Firstly, educational institutions are not able to teach DevOps well because it doesn’t only depend on the programming sector but also business and data management fields. No college or universities have courses that will be perfect for this role. Most of them start as a system administrator and then if they are skilled enough, they get to work as a DevOps developer.

With a proper planning and career map, you can learn DevOps efficiently. Here is a DevOps career path developed by KodeKloud to help you get certified from beginner to expert level in DevOps.

How long can it take for learning DevOps?

It can be pretty hard to figure out how many days it will take for one to learn DevOps since it depends on one’s skill and previous experience. People who have no prior knowledge about software development and any other field related to DevOps may need to spend years until they are skilled enough. If someone has previous experience, knows several programming languages and also has a good idea on data operation may need at least six months to master the skills at a basic level. In the end, it all comes down to one’s ability to learn fast.

With proper guidance and learning, you can easily grasp things fast. Most people get stuck in between because they don’t make their basics clear, and for this purpose only, we at KodeKloud have introduced this ‘DevOps Pre-Requisites Course‘.

DevOps is definitely a good career and it is here to stay as India is the hub of tech companies, every company wants to embrace this path and deliver software and features as quickly as possible with quality and security in place. Choosing to build a career on DevOps is an excellent decision, but one has to remember that it is a sector that needs a lot of different skills. Without being able to handle multiple fields, one can quickly fail to bring themselves as a useful engineer. You should have all the essential resources and the ability to learn the skills associated with this field. India is on the rise when it comes to DevOps:)