For those who failed their first attempt (54%) like me, don’t be disheartened; just take it as another opportunity to hone your skills.

TBH, i was a bit dejected on constantly seeing people post messages about passing the exam and that I couldn’t. Took me a few days to realise life is not about positives. Hence thought of writing message for those who dint pass in their first attempt and to let those people know you are not alone in this

Passed in 2nd attempt with 78%

Zack:
Good and great you got yourself together. Crack the rest … congratulations and good luck

I failed yesterday, want to know how did you solve the problem of setting container port from the evironment variable. I am getting an error:
Pod.spec.containers[0].ports[0].containerPort): invalid type for io.k8s.api.core.v1.ContainerPort.containerPort: got “string”, expected “integer”

Could not answer in exam. 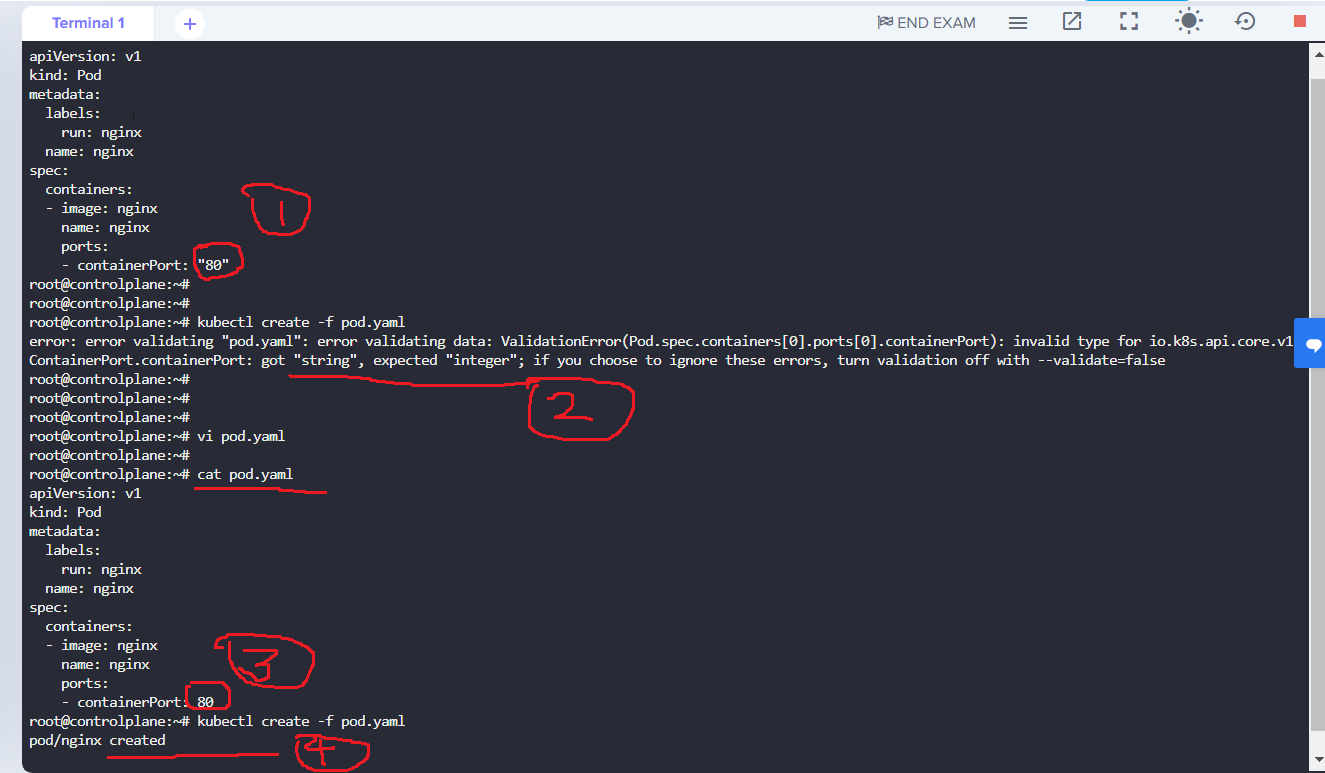 Thanks…but i need to use envrionment variable over there. e.g. define env variable port with value=80 and try to assign there.

So you were asked to set an env variable where key:value would be port=80?

There are two ways to do this, depending on what you were using…first is the easiest way:

But if you are using a pod that is a webserver and they want you to have an env variable that displays what the actual configured port is?

I have no idea how you would get to that info since none of the env.valueFrom options can dig into Pod.spec.containers[].ports[].ContainerPort.

I wish I could be of more help here but without knowing exactly what you are asking, I can’t better answer you.