While taking quiz for Docker compose on question no. 5, I failed.

Here’s my docker-compose.yml file when I’m trying to add a link between wordpress web app with postgres db.

On executing “docker-compose up”

Sytax Check for the docker-compose.yml

Sytax Check for the docker-compose.yml

There are spaces added inside my yml file, here the spaces are missing please ignore for the syntax.

Where did I go wrong please suggest.

Kindly check the correct code below and try again:

Also, check my try below:

Sometimes the correct answer is located under path /var/answers/ as you can find the above answer inside it.

We do sorry for any inconvenience.

I hope this helps!

I’m getting the same error as the first one above… tried your text verbatim and still getting a x where it says “wordpress linked to db container”… I have exactly your text above as in the solution.

You have to use links instead of depends_on.

Even when running the answer file / example, it does not seem to be creating the link to the db container. I do not see the entry for the db container, when printing the contents of /etc/hosts on the wordpress container.

Kindly check this twice. I can confirm that there is an issue with this lab.

After many tries, I copied the file in /var/answer… to docker-compose.yml and tested with the same result. 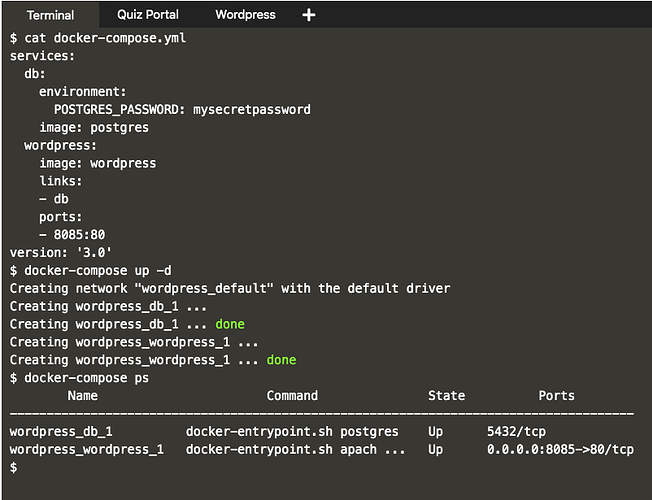 @Ayman @kodekloud-support3 I have the same issue. I even pasted exactly the same yaml file and it still says it was not connected.

Hi All,
I have managed to resolve the issue. The lab check is incorrectly built. Even after I was being able to connect to the postgres db from the wordpress site, the question check boxes were still showing that the link with the db was not established.

So, first things first. It might be very frustrating to know that postgres is not a supported db for wordpress. However, there are workarounds to configure the wordpress application to connect to the postgres db. I spent not hours but quite a few days to figure the whole solution out.

The following areas need your attention:

B) The wp-config.php file under /var/www/html is the configuration file which will need to be modified with the “name of the db (DB_NAME)”, “password for the db (DB_PASSWORD)”, “user of the db (DB_USER)” and “db hostname or IP address along with port details (DB_HOST)”.
For example, I used: DB_NAME=postgres, DB_PASSWORD=postgres, DB_USER=postgres. All of these are default postgres db elements. If you want to change them then you will have to go into the postgres db container and create a new database and specific users and generate passwords for it. Then you will have to come back to the wp-config.php file to update that. The DB_HOST=<the ip address found within the db container after using “cat /etc/hosts” followed by :5432>. So it looks like DB_HOST=:

C) Wordpress is developed in python. However, there was no driver developed for Wordpress to connect to the db. There is a wordaround to this though. There is a special plugin enabling Wordpress to be used with a PostgreSQL database has been developed by kevinoid. This can be found in the below link: 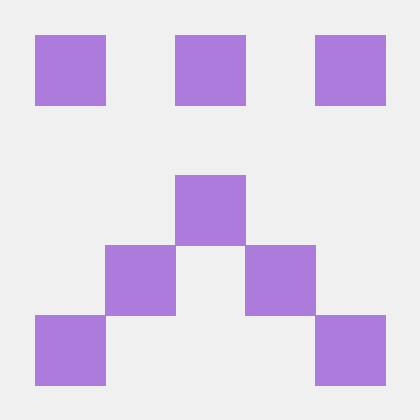 D) Additionally, there are some python libraries or extensions for PostgreSQL which will also need to be downloaded and installed within the Wordpress container. These are as follows:

PostgreSQL container will be deployed as usual with the password environment variable POSTGRES_PASSWORD=postgres with the help of docker-compose command.

3) Finally, a WordPress image will need to be created with the additional details above and then docker-compose will be used to deploy it.

A) I am adding my Dockerfile details which I used to create the new Wordpress image which was then used to deploy the Wordpress container.

B) The docker image will be built with the following command run from the same directory where the Dockerfile is located:

cp /var/www/html/wp-content/pg4wp/db.php /var/www/html/wp-content/db.php #copy pg4wp/db.php to wp-content folder. I tried to copy this while building the image but then I realised that when I run the container with docker-compose.yml the wp-content folder is overwritten by apache2 with a new set of wordpress files. I am not sure why. So, I thought of doing this after the container was running.

DB_HOST= (as discussed earlier this will need to be obtained by connecting to db running container the same way wordpress is connected. E.g. docker exec -it (db container id) bash. Then by running command : cat /etc/hosts.). This will be followed by port number 5432.

Save the file and exit out of the wordpress container.

This however, will still not allow the KodeKloud quiz to check the connectivity of the db from wordpress container and acknowledge that.

Hope this helps. Thanks for reading.

PS: This post does not maintain the indent of the Dockerfile or the docker-compose.yml. This will need to be checked seperately.

Kindly check the full solution below: